PKD creates sustained paranoid suspense throughout the murderous thriller as hapless colonists try to make sense of their exile on a deserted planet.

The mystery surrounding their true location and the threat they face make the book a bona fide page turner, but none of the cast of colonists, the planet, let alone the book’s objective are very much fleshed out. They serve as a backdrop to larger ideas Dick wants to explore, mainly the concept of God and humankind’s relation thereof. While is handled quite literally by the characters, it is also presented (better) existentially as the characters question their place and purpose in a cold, lifeless place.

Dick’s cynical musings, while thought-provoking, come at the cost of any significant set and setting for the reader to sink their teeth into. The book succeeds in presenting a unique amalgam of the world’s religions for the characters to play with, but it leaves the overall thrust of the book somewhat middling. One strength is the manner Dick describes death, time, purgatory, reincarnation, spiritual visions, and the power of perception through a symbolic and meta-textual manner.

The novel has some of Dick’s most focused and direct musings on spirituality and the nature of humanity, and while these topics are given the depth they deserve, the plot is inversely one dimensional and somewhat limited. The story’s set-up, central mystery, twist reveal, and connective thesis would be better served as an all killer no filler compelling short story than this under-realized full length.

This is also a story that leans heavily on a third act final chapter reveal. How effective that twist is to the reader will vary depending if they’ve ever seen the rushed finale of the ABC Network’s Life on Mars in the mid-2000’s.

In terms of whether to Buy/Loan/Pass on it, Maze of Death is a Strong Loaner with big ideas and immense readability. Anyone who is a fan of Phillip K Dick would enjoy reading this novel, just don’t expect it to be one of his finest offerings. 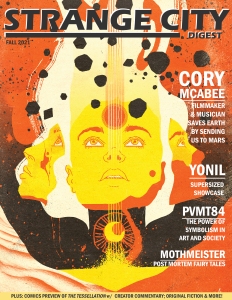 Reach out to us with your submissions!